Hey Now!
Thanks for your patience. 10 sources for this show made it difficult to decide the best recording, and frankly, most are quite good, but all have some flaws.  As always, I want to thank the tapers for making such great recordings and getting them out to the community so fast.  Without their hard work, this kind of site wouldn't be possible. 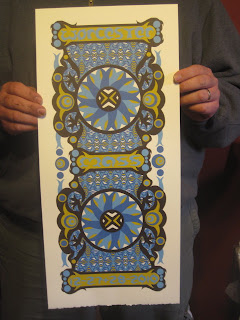 Again, sorry for the delay on getting this out.  There was a lot to plow through, coupled with family stuff, just couldn't get it done until today.

The MK22 source has kind of a hollow sound to it, its not that it's dull, it's just got a strange EQ to it.  There is a fair amount of crowd noise, which is not surprising considering it's an FOB source.  The bass has a bit of rumble to it, just not really clear.  The drums, however, sound nice and crisp.  Overall, this is not one of the best recordings from this evening.

The Beyer source, which was the best from the night before, suffers from low bass levels, which is surprising given that the night before the bass was excellent.  Trey sounds really in front on this recording for whatever reason.

The BSC source sounds a bit tinny, with extremely low bass in the mix.  The levels start very low, but are fixed after a few seconds, but even then, just not a lot of bass at all.

The Busman source, as typical for this fall, is very thin sounding, and the bass just isn't noticeable.

The AKG 483 source has a nicer bass presence than the previous 4 sources, but it is fairly rumbly as well.  Just not enough definition in the low-end for my tastes.

The MG21 Matrix sounds the best of all the sources.  It has nice highs, good mids, and good bass.  It is not as punchy as I would like, but it is the best of what is available.

The MK41 source has amazing levels, but the bass is still lacking in clarity at the low-end.  The Gefell matrix is just a bit better than this one.

The MK5 source, as usual, has excellent balance, but again, there isn't enough clarity at the very low-end.

The Sennheiser source, like the FOB MK22, sounds a bit hollow.  The bass is basically lost at the lowest frequencies.

After listening to all the sources, I have to wonder if the bass sounded good in the venue.  All of the sources suffer in one way or another from a lack of clarity in the lowest frequencies.  This was not a problem for the 27th.  Any comments from folks who were there would be appreciated.

How do I use these links to get music?